Those were the days Part 22 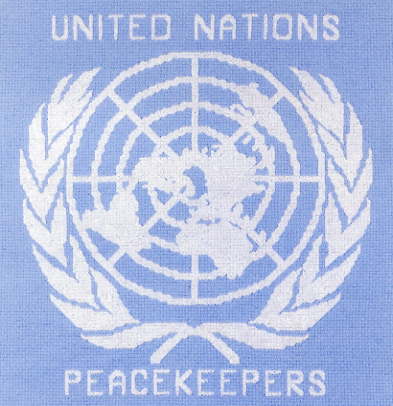 The West London comprehensive school where I first taught had a few Science labs that were situated on the ground floor of the “sixth form block”. Above these labs were the sixth form common room, offices and three classrooms where languages were taught. “Languages” was commonly known amongst some staff as ‘Bosnia’, as it was truly a war zone up there. On regular occasions I would be invited over to help sort out kids from my form who were messing around in class. Consequently the joke was that anyone taking a trip over there could be regarded as a UN peacekeeper.

I was lucky not to be timetabled in that block. The main reason being if you taught below a language lesson it was quite disturbing at times due the chaos occurring above you. Regularly school bags would be hung on the blinds cords and left to dangle out of windows so that they were seen swinging outside from the labs below. The kids would eat up there all the time and chuck their leftovers and other bits of rubbish outside too. The occasionally rejected sandwich would land outside the lab downstairs whilst the odd crisp packet and sweet papers would drift past on the breeze. You always had to go up and sort things out if you were teaching below.

Luckily I did not teach in these labs that often, normally it was for a room swap. On one occasion I had to cover a test in one of the labs. The kids in my class were quietly doing the task in hand, whilst it was clearly kicking off upstairs. All of a sudden a large, dark shape wizzed down past our windows and landed on the playground outside with a huge thump. “Oh my God!” shouts a kid, “someone has fallen out the window!” It did look like it, and certainly sounded like it. Pandemonium broke out in my room; one kid started screaming. I dashed out the fire exit to check, only to find that the premises manager was replacing some carpet in an upstairs office. He had lugged out an old roll of underlay from an upstairs window onto the playground to save carrying it downstairs!