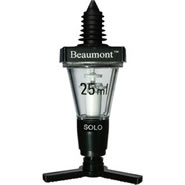 My first ever September inset day convened in a small library that was laid out with rows of chairs pushed back as far as the bookshelves. I do not know where the venue was, being new to the school, so arrived late and had to tiptoe my way to the back where there were some spare seats. Little did I know that I had landed amongst the hardcore members of the tea club one of which was MM the music teacher with the optics. As the proceedings started the hubbub died down and introductions were made, notices given out etc.

As time went by I noticed MM who was sat near me start to shuffle his chair away from me towards a line of bookshelves. He did this in stages, sometimes coughing whilst shifting the chair of further and further away. As soon as he made the cover of the bookshelf he jumped up and stood out of the view of the people of the front of the meeting.

He then started gesticulating and pointing at me. One thing I did notice was that he pointed a fire exit which he now had direct access to. He beckoned me across to come and over to him, at this point in time I did not even know who this bloke was, and nevertheless I followed his instructions. He quietly popped the five door open whilst I shuffled across to join him. The last few feet I covered by crawling on my hands and knees using a bookshelf of periodicals as cover, but we got there in the end.

We both ducked out of the meeting via the fire exit went for a cup of tea in the music room until the meeting went for a break. I was later to learn that this is typical behaviour of MM, an old school legend.