The Hod carrier in flip-flops

After completing my teacher training I got a placed in the pool of recruits in the London Borough of Hillingdon. When I pitched up in July 1991 on my first day as a “probationary” teacher I in my newly assigned school was joined by a 35 year old ex- hod carrier, who had also just retrained and joined the profession.

William Davids was a huge bloke who had switched codes from a blue collar trade to a white collar profession so to speak. He had done a few things since studying Maths at Bristol University and the last job he had was in the building trade. We both had the Bristol connection – he knew about Natch cider and Clarks pies, so we hit it off immediately.

As an individual he was very strong willed with an inherent sense of right and wrong.  If a system was flawed or unfair in his eyes he would always question and rebel against it. He kicked against the system. Management did not like him much because of this.

He was a generous man with his time and energy. He loved working with students who were willing to learn, but could not stand the odd one who would not bother at all. Kids loved him. One year he did a great version of Right Said Fred’s “Deeply Dippy” that brought the house down at the Staff Talent Show in Charities Week.

Despite being teachers in different faculties our paths crossed a lot during the working day.  We both started as Year 7 form tutors and followed our pastoral groups right the way up to the 6th form. We both had long commutes to work and so got in early. We always met at the local greasy spoon before school on Fridays for a fry up before the weekly staff briefing. I remember that we also used to jump in the car and buzz down to Southall for a curry before a parents evening as there was little time to get home and back in the interval between the end of school and the start of proceedings.

We even did break duties together on the playground.  Which had its ups and downs. At least we saw the kaleidoscope of outdoor conditions that  the British weather can bring.

Not one to turn down a challenge. He would be up for anything slightly rebellious.

William and I used to sit together at the back of the Friday morning briefing – it is strange how schools survived on calling together staff once a week to discuss and inform the staff of major issues within the school.

Now briefings are called daily in most schools. It means that this meeting is no longer a milestone event that it once was.

After one meeting William and I got talking about dress down days that were a regular Friday occurrence in the private sector. We could not agree on what a dress down day meant in our workplace in terms of what would be acceptable attire. There was an unwritten rule that you could wear pretty much what you liked on a normal day, so if we dressed down, how far should we go?

Through further discussions William and I decided to push the dress code boundaries each Friday and see what reaction we got. It was a good day to try it as we would be seen by all staff and may cause the desired reaction.

We did our experiment in stages we started by not wearing a tie on the Friday of week 1. Then it went to no tie and no morning shave in week 2. A polo shirt replaced the more formal shirt the following week and still nobody batted an eyelid, so we pressed on with our quest. It continued for weeks and we had progressed to a t shirt, shorts and trainers accompanied by an unshaven face, but I called a halt when William suggested ditching the trainers for flip flops for the following week. Teaching whilst looking like a beach bum was fine with me but it was not a sensible thing to be doing science practicals “open –toed.”

William carried on the baton for one more week, and I think we took a photo of him sat in briefing in his beach ware as well as his flip flops! He always pushed the boundaries. 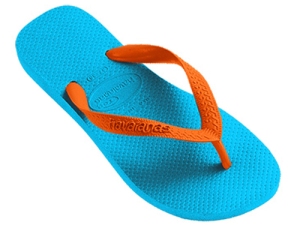