Victoria Pendleton fell off her mount again at the weekend, a fact that was not widely reported on the TV news channels.

The latest tumble came at Kingston Blount Point to Point, making it the second time Ms Pendleton had ” unseated ” in 15 days.

Fakenham is where she exited via the side door from a horse that is considered in racing circles as an “arm chair ride”. These falls come after another unfortunate incident where she unshipped from her ride a flat race at  Newbury. 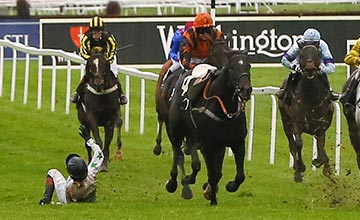 I am with John Francome in his comments that Ms Pendleton “cannot ride” and represents a danger to herself and to those around her.
Time for her to have a quiet word with herself.