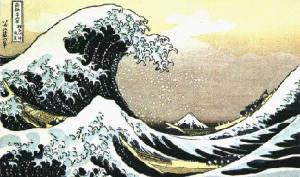 Haiku is one of the most important form of traditional Japanese poetry. Haiku is, today, a 17-syllable verse form consisting of three metrical units of 5, 7, and 5 syllables. Since early days, there has been confusion between the three related terms Haiku, Hokku and Haikai. The term hokku literally means “starting verse”, and was the first starting link of a much longer chain of verses known as haika. Because the hokku set the tone for the rest of the poetic chain, it enjoyed a privileged position in haikai poetry, and it was not uncommon for a poet to compose a hokku by itself without following up with the rest of the chain.

Here is one of my recent attempts at a decent poem……………..

Always waiting to catch me.

And set me in stone.